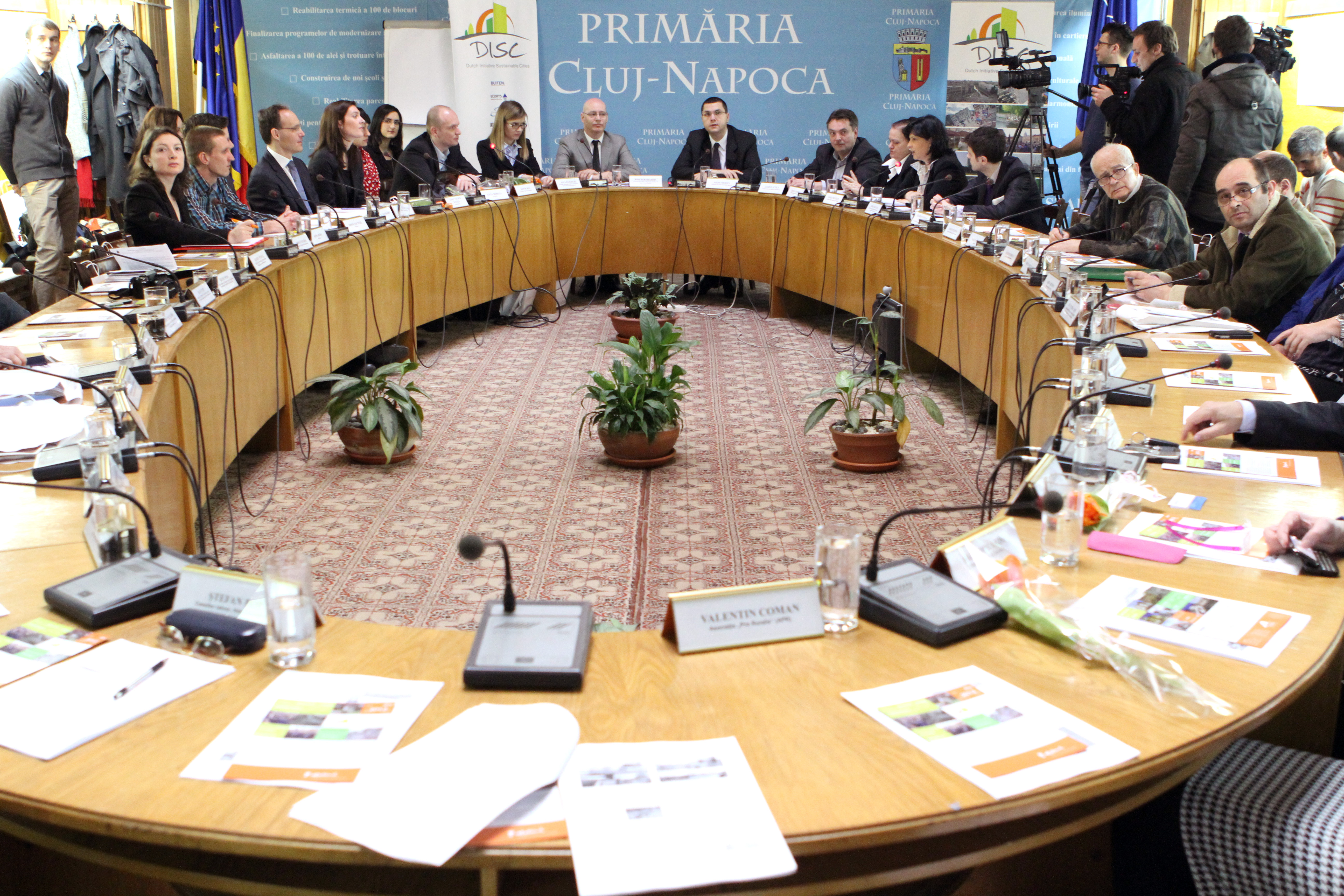 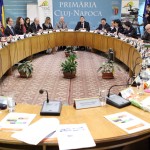 On the 9th of March 2012 a Memorandum of Understanding was signed between Cluj-Napoca Municipality and the DISC programme. Eurodite is coordinator of the DISC network. The Memorandum focuses on Dutch consultancy services on Cluj Napoca European Capital of Culture and the ‘Navigable Somes’ project, focusing on the potential of the river crossing the 3rd city of Romania.

“We are honored to be among the 4 DISC cities. We have been having meetings and discussions for over 1 year. Now we move to the next phase, the consultancy for the two main objectives.” declared Radu Moisin, the mayor of Cluj Napoca.

During the past year (2011), a lot of time was invested by the DISC members and also from the side of the municipality of Cluj-Napoca in meetings and interviews held with various stakeholders in the city. As a result two major development issues came up. One was positioning Cluj as an attractive and cultural city fitted to be a candidate for European Capital of Culture. The second was the ‘Navigable Somes’-project that has much support in the city.

The Somes river could become an area for leisure with terraces, restaurants and boats and become an attractive and lively waterfront for the city. The city of Utrecht in The Netherlands has been mentioned as a reference. The suggestion for this came from the Ambassador of the Kingdom of The Netherlands Mr. Matthijs van Bonzel, during his visit in Cluj last January 17th.

In the period of 8-9 of March, Dutch experts from Bureau Buiten, Euricur, Eurodite and Grontmij held workshops on waterfront development and how events can have positive impact on development of the city.
The workshop was attended by the main stakeholders amongst others representatives from: the city hall Cluj Napoca, Prefectura Cluj, Order of Architects in Transylvania, Local Commission of Historic Monuments, The North-West Development Agency, Employers and Craftsmen Association Cluj, Cluj Chamber of Commerce and Industry, Hoteliers Association in Cluj-Napoca and also private companies and universities.

Cluj Napoca is aware of the complexity of both of the projects and that the long term process will require big effort from the involved stakeholders. However, Cluj napoca has indicated to be ready to act, to invest in the development of the city and to cooperate with the DISC members.