On 25 November 2013 the brochure ‘DISC Partnerships for Urban Development’ was presented by Mr Huub von Frijtag Drabbe, Economic counselor at the Netherlands Embassy who handed over the first copy to Mr Teofil Gherca from the Directorate General for Territorial Development at the Ministry of Regional Development and Public Administration. 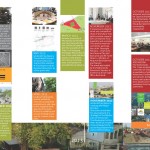 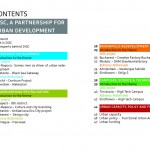 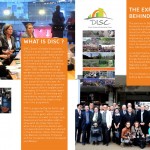 The brochure gives a bird’s eye view on the activities and the major projects carried out by DISC | Dutch Initiative Sustainable Cities in the past three years. The DISC consortium has created an important source of knowledge, experience as well as relevant partnerships on the themes: Waterfront development, Brownfield redevelopment, Neighbourhood revitalization, Campuses, Science and Technology Parks, Urban capacity, policy and funding. The book inspires for for projects of the future and for smart and sustainable partnerships.

‘The basic idea behind the DISC programme is that alone you go faster, but together you go further. This is true for all aspects of urban development. Partnerships are needed to come up with smart and sustainable solutions for the issues that cities around the world are currently facing.  Setting the right development steps in liveability, mobility, economy and environment of cities needs partnerships between companies, public organisations, NGO’s, knowledge institutes and citizens of cities.

The partnership principle was the starting point of DISC in 2010. Eight companies and universities along with the Dutch ministry of economic affairs started to identify challenges and opportunities in 6 cities in Romania and Hungary. The cities of Bucharest, Budapest, Cluj-Napoca, Constanta, Miskolc and Timisoara were selected because of the great development potential in combination with the potential added value of Dutch experts in integrated urban development. In the years 2010 until 2013, an intensive programme of meetings, research, studies, trainings and missions were executed to strengthen the development and business opportunities of partnerships in the sic cities. During the three year cooperation process a number of common themes were identified‘ according to Joep de Roo in the foreword.

Eurodite is initiator and coordinator of DISC

First round of STATUS workshops in Satu Mare