On June 17 the Ambassador of the Embassy of the Kingdom of The Netherlands, Mr. Matthijs van Bonzel accompanied by his wife Mrs. Cristina van Bonzel and counsellor for cultural affairs Mrs. Caroline Seebregts, visited the pilot area of the project Creative Factories Bucharest. The delegation was welcomed and guided by the owner of the factory on site. The operational areas were visited as well as the empty historical buildings. The tour was followed by a reception at the residency of His Excellency. Eurodite and Zeppelin presented their concept for transformation of the factory area to the factory owner. Also a short movie was shown of the workshop that took place last April with invited experts from The Netherlands . During a dinner at the residency the ideas and possibilities were further discussed. The factory owner is interested to continue the collaboration on transformation together with the team members present.

Creative Factories Bucharest is supported by Creative Industries Fund NL and the Embassy of the Kingdom of The Netherlands. 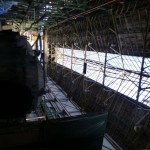 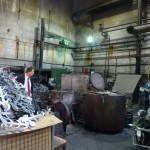 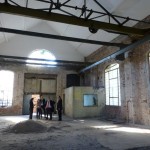 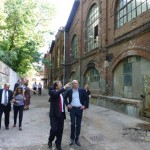